Siobahn Hotaling Gets Real, Raw, and “Unguarded” on Her New Album 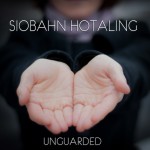 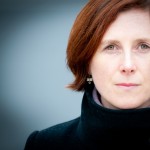 On March 31, 2015, New York-based singer/songwriter Siobahn Hotaling released her second album, Unguarded, a 6-track EP of fiercely personal – yet deeply relatable – songs about the vulnerability, passion, and poignancy of love.

The album – which was almost entirely funded by fans and supporters through an online crowdsourcing campaign – was engineered by Jeremy Darby (Barenaked Ladies, Sara Bareilles) and has a full roster of music veterans and musical guests. Drummer Charlie Cooley – who also played on Siobahn’s first album – has accompanied Leonard Cohen and Amanda Marshall and most recently worked with Paul Shaffer.   Warne Livesey, bassist as well as mix engineer for all 6 tracks, has produced albums for Midnight Oil, The The, and Matthew Good.

Unguarded is Siobahn’s most autobiographical work to date; the songs reflect her very personal struggles with love and its aftermath, holding true to her ideals of making music that is “authentic, genuine, and passionate”.   The first single, “Heart In Your Hands”, is a bluesy groove, with lyrics that take the listener straight into the intensity of heartbreak; it also features Siobahn’s most raw and powerful vocal performance to date. Other tracks, like the upbeat, hopeful pop of “Because I Want To” and the powerful heartbreak ballad “Back To Our Future”, showcase the other dimensions of Siobahn’s versatile songwriting. “The Way You Are” carries a powerful message about prejudice and acceptance.   Her genre-defying sound gives a nod to her myriad influences, which range from Joni Mitchell to Bonnie Raitt to PJ Harvey.

Unguarded is a triumph of heartfelt and well-crafted songwriting that, tied together with an inspired musical performance, creates an emotional journey worth taking.

Unguarded is available on Siobahn’s Bandcamp site, http://siobahn.bandcamp.com, as well as iTunes, Spotify and CD Baby.

Visit the press page at Siobahn’s website – https://www.siobahn.com/epk for downloadable press-only high-resolution photos and exclusive access to the entire album.

LISTEN TO THE NEW ALBUM